Here’s a link to a quick vlog I made.

So I’ve been training since 23rd February and it’s been pretty tough for many reasons, mostly not because of the running itself. Much of my difficulty lies in managing the balancing act between work, family life and attempting to train for an ultra. Now that’s no different to other people’s challenges, but there’s no getting away from the fact that it’s a serious challenge and everyone’s situation is different.

Essentially, where I am is that I can happily run about 3 times further than I could at the beginning of my training. I was struggling to run a 5k, now I’m happy running up to 9 miles. Nowhere near enough for an ultra of course, so my plan is to walk as much as I need to during the event itself and not worry about it. Knowing that the experience will add value for next time!

The fact I am now happy to run that distance is important to me, finding the time to do so is still a challenge, so I’m just being kind to myself and running whenever I can and trying to stick to my plan as much as I can. 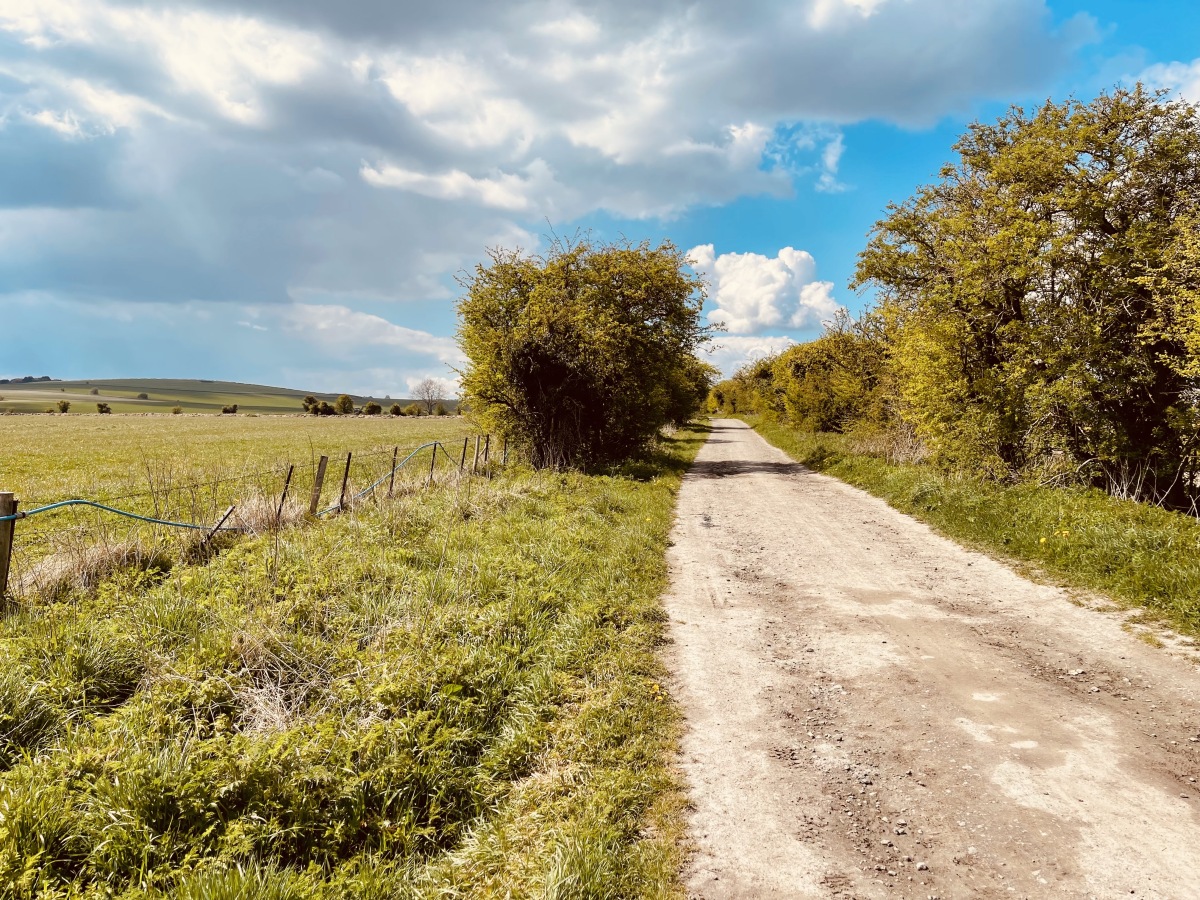 Well, yesterday I ran along The Ridgeway, was aiming for 2 hours in power zone 2, did not achieve that!

I am learning to respect The Ridgeway.

My training plan was to run 2:45 on Sunday, this was never on the cards as I had missed some training due to ‘reasons out of my control” such as a 1-year-old, and work, insomnia, physical pain related to my cancer surgery etc. So I had planned for a 2-hour run, which was my longest this year, at that, I only managed 9 miles and even then, not in zone 2. The hills pushed me up into zone 5 at times and predominantly zones 3 and 4, despite being slow!

Aside from power zones and pace, I was running in my Vibram trail shoes, which to be honest, I might have as well been running barefoot and it felt like I was running the whole 9 miles on cobblestones. It. Really. Hurt!

By mile 5, I was suffering big-time, like no other run.

I had run a 10k the day before so my legs were a little tired anyhow but nothing dramatic. I had also had a bad nights sleep and was not feeling it but went anyway, after some mocking from my ever-loving wife when I was trying to chicken out of the ‘long run’, she rightly said, if you can’t run 2 hours now, how can you expect to run the ultra in 2 months? She was right and I knew it, so my stubborn side kicked in and took control.

I ran, it hurt and it was slow and it was not pretty, but I slogged through a painful 9 miles at a ridiculously slow pace and I cared not a jot!

I ran up a huge hill, chatting to cyclists as I overtook them and then they overtook me and we switched places a couple of times, I stopped for photos I convinced myself that I would carry on, limping while running and then I discovered a new mantra for myself that kept me going.

SUCK IT UP BUTTERCUP!

I had no choice, either give up and sit or just keep going, so I repeatedly told myself to suck it up buttercup.

I swore at myself. I mocked myself. Then I ended up telling myself that I am better than I thought I was. Particularly when I got within 30 minutes of my finish point.

So my lesson of the day is that I must respect The Ridgeway. It is beautiful but unforgiving, in its way.

Race to the Stones